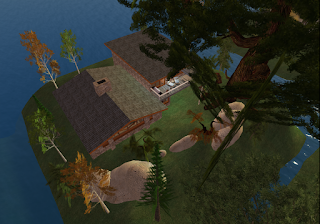 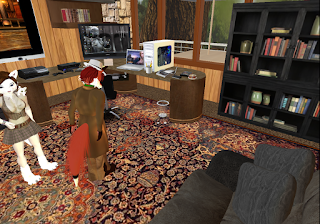 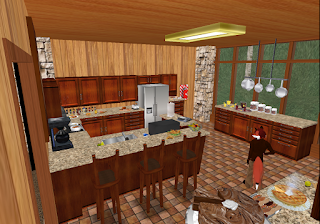 Felina told me of their prim space they were using 2830 out of a capacity of 3017. It held a lot, with lots of food on the dinner table, food and cooking gear in the kitchen, a fire extinguisher near the stove, sliding curtains in the shower, a working pool table, computer with wallpaper and icons, lots of pictures on the wall and potted plants around, "people don't ... often ... use a lot of pictures and plants," a working home theater system where she Rhypanthian frequently watched movies, and and a lot more. Among the virtual homeowners I knew, Felina was one of a kind, and as the years went by would continue to be so.
Posted by Bixyl Shuftan at 6:00 AM