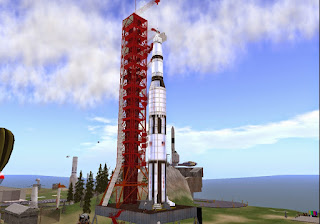 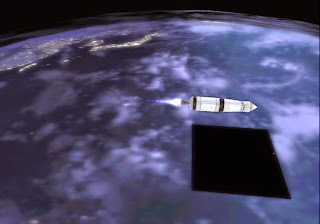 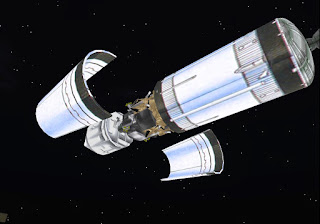 With so many exhibits on the Relay for Life walk, there just isn’t the time and space to write in detail on each of them. But I did get a sneak peak at one, the “Really Wild West” by the Passionate Redheads. 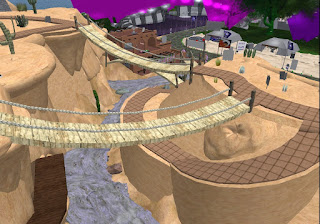 The exhibit was set in the Old West themed area of the Relay for Life Walk in the southwest corner of the RFL Endure sim (the other west sim was RFL Courage just to the east), the road just on the edge of the RFL Advocacy sim to the south. The place looked like it was set in some mountainous desert, with Native American music in the background. Just behind and to the right of the sign over the entrance was the main building, a two-story adobe structure that served partially as a store, offering a number of items for sale for charity. But the place also had some messages of inspiration. Nearby next to the road were some whimsical “Armadillo Crossing” signs, with armadillo nearby. 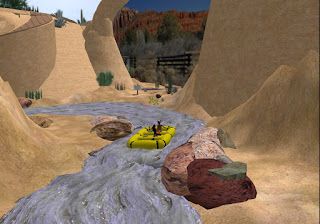 The completion of the exhibit was announced in a few group chats a couple nights before the Relay for Life Walk officially started. People headed over, gathering at the adobe building, and having a party around the hot tub. When this reporter checked a few days after the Linden lease ended on Tuesday, it was still up. 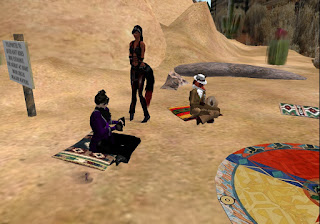 Most of the work on the exhibit was done by Lomgren Smalls. Of the theme of the exhibit, “We found out we were on the ‘western’ themed sim already,” he explained, “I thought blending in with what was already there was a good idea.” Others had told me Lomgren had spent so much time on the place, he got only a few nights sleep in the days just before it was finished, “If you count actual hours ... I put in around a day, to a day and a half of work. Others did more as well, with the river, the detailing, the plants, etc. If you count real-life time... it was done in... 4-5 days.” Of the various attractions, “We all contributed toward the ideas. Daaneth loved the mine idea. We were all just spouting out ideas quickly.” Lomgren had no idea how many stepped off the track to look around, but he had a good idea what they felt, “Everyone's loved it.” Although pleased to hear it was still up, he felt it wouldn’t me much longer before it would vanish into the blue, “Anything after (Tuesday) is a bonus.” Despite the temporary results, Lomgren was still happy to have built the place, “That Relay is awesome, and more people should try to get involved. And that building it was fun, if exhausting.”

For his work, the Passionate Readheads awarded him, along with Dusk Griswold, the first Annual Fimi Awards, named after the late Artistic Fimicloud.

Addition: This would be the first Relay track camp of the Passionate Redheads team I would see. It was part of a great introduction for me to the Redheads. The team would do other exhibits in the future, but this was among the most detailed and interactive by it. Despite all of Lomgen's work, and that of those helping him such as Alleara Snoodle, he never did win an official Relay award for the build. Sadly, the team would fold in 2013, but many of the members would come together again under a new team: the Sunbeamers.
Posted by Bixyl Shuftan at 6:40 AM No comments: 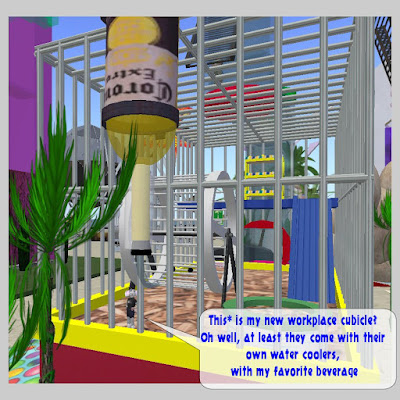 Posted by Bixyl Shuftan at 12:11 PM No comments:

I was in the audience at an event when a friend told me about something in the IBM 3 sim that she told me was must-see, “I don’t usually recommend places, but this ... “ So I decided to check it out.

I teleported over, and found myself in a room that looked like it was surrounded by television static, with a couple pages explaining how to get about. But with no portal to the exhibit, the only way to go was down a road, my vision around me obscured by the visual equivalent of white noise. Eventually, it cleared on the road itself, and I soon noticed a room through the static that was brighter than the rest and had some color. I could also make out some people inside. So I went inside. 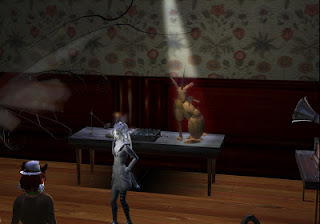 And there was Bryn Oh, the artist behind the exhibit in her gray, ghostlike avatar. She was looking at some notes on the floor with someone. The room itself had a dark steampunkish feel to it with a phonograph in one corner and some sparking equipment around. Two others came into the room to congratulate Bryn on her exhibit. After that, Byrn turned to me, and after greetings she explained the area, “This is a story that is told in stages, through poems. It is about the character behind me.” She turned to a bronze mechanical form behind her on a table lit by a spotlight, part rabbit part unicorn, “The Rabbicorn.”

Bryn went on, “This is the first part (of the story) here. In the hand of the creator is a poem.” She told me I could zoom in on the poems, or “you can click on it to see it on screen. It’s easier that way. When you have looked at the scene, there is a teleport to the next one.” The teleports looked like black magnifying glasses with white sparkles around them. “Oh, one more thing, there is a machinima ... on top of a tower, there will be a TV there. Click on it. That tells more of the story.” 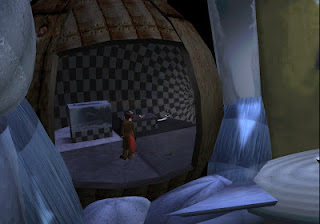 And so clicking on the first teleport took me to the first part of the story, the place showing a tinkerer having just built the Rabbicorn, and having to make a decision about the creation. Further teleports lead one further into the story, each place a work of art, and soft music in the background adding to the beautifully surreal atmosphere. At one point, the teleports lead to a climb up a debris-filled tower. Although one could just fly up with a flight feather, it’s better to try to walk and jump your way up as much as you can. It is around here one finds a link to the machinima Bryn mentioned. Watching it isn't necessary for the story, but does help add to it. It is not much longer when one gets to the end and the fate of the Rabbicorn. 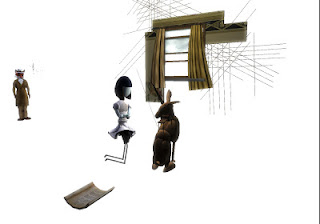 Taking a look at Bryn’s blog, the exhibit opened on Friday July 10. She also stated that it was originally planned that no more than 6 avatars would be allowed in the sim at one time, feeling lag would ruin the experience. It was not an easy decision, as she worried some might get the impression that the small numbers meant their fellow residents had little interest in the finer arts in Second Life, “So if I can't limit the sim to 6 or so, and you find yourself in a laggy mass of people then please come at another time when it is empty. It really is meant to be seen this way. It has a mood brought on by the story, ambient sounds and being alone brings out the quiet mood of the story.”

An exhibit that is well worth the time to go see.

Posted by Bixyl Shuftan at 3:16 AM No comments: