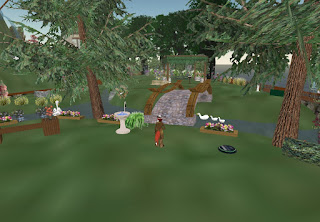 I recently stumbled across a mental health therapy group in Second Life - "Support for Healing," based on the sim of the same name: SupportforHealing.

Stated on their card: "Supportforhealing is a group of people that believe that recovery from depression, emotional trauma, and mental and physical illness can be greatly enhanced by loving kindness and friendship. We are not aligned to any religion (our volunteers come from all spiritual backgrounds) and believe in the equality of all people."

Making some inquiries, an interview was arranged with one of the leaders of the group, Industria Dowler.

Bixyl Shuftan: So when did you first get the idea of a support group for mental health in Second Life? 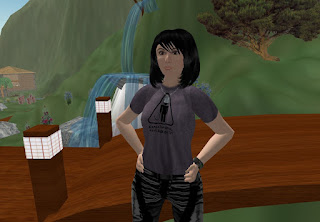 Industria Dowler: Well, the founder, John Palmer (Zafu Diamond in SL) started SFH as a website forum. He figured that people get treatment from professionals, they have families and friends, but sometimes they go home to an empty house and need additional support.

Industria Dowler: At some point he heard about SL and decided to start SFH here.

Bixyl Shuftan.: Did those on the website all come here, or did it start small and grow?

Bixyl Shuftan: How many people usually come to the support groups?

Industria Dowler: For the depression groups I run it ranges between 5-30. There are usually more in the beginning of the meeting and they tend to leave slowly and more come in.

Bixyl Shuftan: Are there other groups here?

Bixyl Shuftan: The island itself is pretty detailed. How long did it take to build?

Industria Dowler: I'm not sure. It was mostly built by Luna Bliss along with Zafu and a few others. I know it's gone through changes since I've been here. I imagine there will be future changes at some point since there is some unused space on the island.

Bixyl Shuftan: Do you think the environment helps with the people in your group? 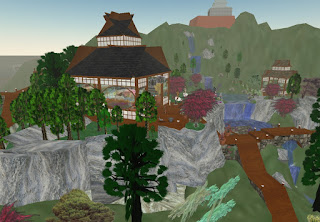 Industria Dowler: I think to some extent. It's easier to feel comfortable in a nice environment. And when people are comfortable they are able to share and can get the support they need.

Plus it's a good place to relax and many members say they feel creative when they are here.

Industria Dowler: They used to but we've had issues with griefers and people leaving things behind. At some point I plan to make an area on the island dedicated so people can build and whatnot. But people were leaving things all over and it took away from the general aesthetics.

Bixyl Shuftan: Does anything happen on your island besides the group sessions?

Industria Dowler: People often hang out here. Occasionally, we've had other events. Last year we had a celebration for summer solstice and we had a DJ and there were other events.

The Thinkers host their meetings here although they aren't affiliated with us. The founder is a Buddhist so he has a small parcel dedicated to talks about Buddhism. There is also a member who hosts a discussion group about Buddhism occasionally.

Bixyl Shuftan: How did the Celebration for the Summer Solstice turn out? Was that the most unusual thing that happened here?

Industria Dowler: Apparently, there was a great turn out and they said it was a lot of fun. I couldn't make it myself. :(

Unusual? Probably compared to the typical support groups. We try to do something fun and relaxing once in awhile. I'd like to set up a part of the island for people to play and hang out. No set plans for that yet, though.

Bixyl Shuftan: Back to the sessions, what would you say were among your more unusual cases? 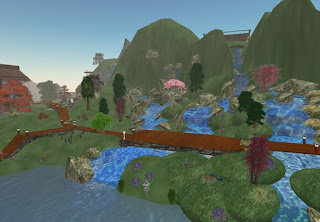 Industria Dowler: Well, I don't like to go into detail about other people's personal things but we deal with the whole gamut. Mild symptoms, severe symptoms, medication issues and questions, questions about therapy, people feeling suicidal. But we always encourage people to see professionals because we can't take the place of that. We can only improve the healing process by being here for people to talk or listen.

We get people with serious RL issues, people who want to discuss SL issues, and of course griefers.

Bixyl Shuftan: I take it the griefers can be downright annoying.

Industria Dowler: They can, but we take care of them quickly.

The group's website is www.supportforhealing.com . To join the group in Second Life, just use the Search for it, and join. The current membership was listed at over 850. The group also accepts donations, "any donations, even a single linden are welcomed. You can make donations on the island via the 'wells', Zafu Diamond, Twickle Rosebud, Specky Zaftig, or Industria Dowler.  Also look for our fundraising vendors on the island where you can purchase items and the proceeds go to SFH."

"Thank you so much!"