Svarga Back in Second Life 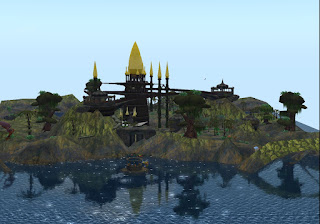 On Sunday afternoon, March 21, just after logging on I heard some great news. The Svarga sim was back! I looked it up on the map, and there it was, so I ported over. And there was a sight I hadn’t seen in many months. What some people called one of the Seven Wonders of Second Life was back.

Svarga was started early, around 2004. By 2006, it was complete and further construction ceased. It’s creator, Laukosargas Svarog, created a grand island of waterfalls, mountains, rivers, stone temples, and the artificial life experiments, the “Eco System” project, gave the sim it’s own cycle of life, with clouds raining on the plants, bees pollinating, and occasionally eaten by a flytrap lily, and other aspects. It was considered one of the most ingeniously built places in the Metaverse. More can be read in our April 2007 article . 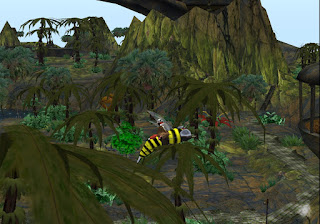 In December 2008, Laukosargas made her decision to look for a buyer for Svarga. Running the sim was just too expensive for her, she felt, and Second Life seemed no better to her than when she first went about on it.

Some months later, the sim vanished from the map. It seemed that this wonder of the Metaverse had vanished into the virtual nether forever, much to the sadness of many who had seen the area and marveled at it’s details. Until now, that is. 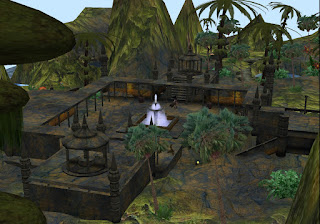 Checking Laukosargas’s profile, she says the sim has a new owner, even though Svarga still lists her as in charge. She also asked not to be contacted, saying she plans to return to Second Life only sparingly, once in a few months.

As time goes on, someone will figure out exactly what happened and what we can expect. But for now, we can take heart that once again, this gem of a sim is once again open for visits, and not just a memory.