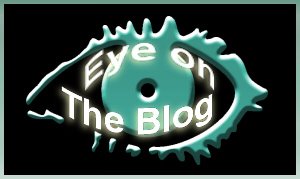 Yes linden labs have messed up and their paying customers will be the ones who have to PAY for it:

Openspace Pricing and Policy Changes
Openspace prices and fees change on the 1st January with no grandfathering.
Class 4 Openspaces will be upgraded to class 5 in January.
Educator discount is no longer available for Openspaces.
No Owner switching for Openspaces unless it’s a full transfer of Payor.
More proactive education by support staff to prevent unfair resource use by Openspace regions.

Why?
What happened?
According to Jack Linden usage of the openspace sims has surprised them and the load needed to support them is too much. They gave us 3750 prims to use on these beautiful private islands and apparently didn't expect us to use them!

So Openspaces have been incredibly popular as a perk for estate owners, but sadly there is a twist. Unfortunately most of the Openspaces are being used for much more than light use. Based on analysis performed in August and September, Openspaces are being used about twice as much as we expected, in other words being loaded with double the content/avatar load than we’d expect for a region that is supposed to be light use.

That there are unscrupulous users of the openspaces is not in doubt and now it seems, rather than deal with the offenders, everyone on openspaces will have to pay.
At an emergency office hours Jack showed a willingness to listen to idea's that residents presented suggesting a possibility these changes are not set in stone yet - but from past experience Resident suggestions are generally ignored. Linden Lab have showed yet again absolutely no knowledge of the inworld economy.
Jack Linden: okay so here is a question; do you think us pinning prim counts down to say 1500, and limiting script count to 250, would be acceptable if the price stayed as it now? I'm not suggesting this is possible, but I'm interested in your opinionsSome great ideas were forthcoming on ways to combat the problem but the point is that Linden Lab did not foresee this issue showing gross mismanagement and incompetence.
Jack was listening though and this can only be a good thing:
[5:37] Jack Linden: okay, so lets summarise a little: I hear you on OS limits, and I hear you on the other options like free conversions. I won't obviously be making any promises in this discussion which is an ad-hoc one because I wanted to get as much feedback as I could.. but I will take all of this away and discuss it within the Lab. *if* there are outcomes or changes, then we should make those clear sooner rather than later
[5:39] Jack Linden: Lets keep talking. I will reply more in the forums, and I will try to do more sessions like this over the next few days.

Beginning 1st January 2009We will increase the monthly maintenance fee from USD$75 to USD$125 per month. This price increase will apply to all owners of Openspaces on January 1st as well as new purchases after that date. There will be no grandfathering of Openspace maintenance pricing.
This shows a 50% increase in upfront fees and a 66% increase in tier fees!

I spoke with Intlibber Brautigan of BNT holdings and this is what he had to say;
IntLibber BnT: if anything is costing them money its the fact that they offer 195 tier on the mainland that we subsidize with our high sim tier
IntLibber BnT: I'm all for ending the grandfathered rates, puts everybody on a level playing field
IntLibber BnT: ending grandfathering and equalizing tier between mainland and estates will bring in enough revenue for LL that they can cover added expenses.

This is a situation that we will monitor closely. You can follow the discussions in the FORUM and we will try to keep you updated on anything pertinent.
Thank you to Gemma Cleanslate for the chat logs and Intlibber for taking the time to talk to me.