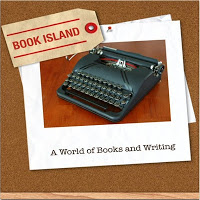 In a previous article, I had discussed Book Island and the fact that the owner had seemingly disappeared and Book Island seemed to be dying out.  I spoke recently with Selina Greene, sim owner, who has set the record straight.  I had previously been unable to reach her for comment when I wrote the first article.

Selina explained this was due to the fact that her computer died, and the one she was using was unable to accommodate SL.  In addition, she was also going through a complicated pregnancy.  She and her new baby and doing quite well now.

A large extension  to the Cartland Court area of the island had been built, which would explain the many empty shops I saw when I was last there.  The island now has a 90% occupancy with many tenants remaining and new vendors coming in. 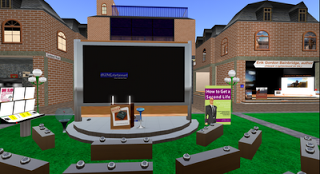 In 2010, Selina, together with Arton Tripsa, are planning many things, including a redesign of the public areas,  as well as multiple events.  A google calendar has been installed in the main square for "Events on the Beach."   The addition of the calendar will provide residents with the opportunity to plan and scheduled their own events.  To date, 3 events are planned, including a Book Island party with DJ Grizzly Silversmith, one of the residents.


The island has become home to quite a few new residents.  One of the groups includes Podcrafters, organized by Emz Mazie, Imarad Breen and Insight Zadark.  Members of the Written Word group will recognize Emz Mazie's name (aka Emerian Rich).  The group promotes Podcasting and Marketing.  In addition, they produce Podiobooks, serialized audio books.  These are available for free at http://podiobooks.com.  Examples of the podcasts will be shown on the TV screen in the main square.   As well, a trailer of Arlene Radasky's (Imarod Breen) book, "Mark of the Druid," will be shown on the TV screen. 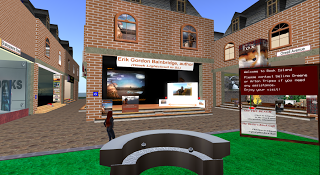 RL romance writers, Melissa Mayhue (FaeWritr Bookmite) and Elaine Levine (Vinnie Mimistrobell) hold a month SL Salon on the Island,  held often at Books at the Beach. During the past year, they have hosted RL literary figures, Deidre Knight, Elissa Wilds, Deb Stover and Terri Brisbin. Another resident is Nightmare Scribe, a writer and co-founder of the award-winning Colorado Springs Fiction Writer's Group at http://www.csfwg.org.

Over the next couple of weeks, new homes are being built for  writers who would like to live in a literary community.
With the many plans in place, the future of Book Island looks, indeed, very bright and I look forward to becoming a bit involved with events there.


Shellie Sands
Posted by Bixyl Shuftan at 6:57 AM